Welcome to Part Two of Apricot & Jelly CAL! I love seeing all of your progress photos. Thank you so much for sharing all of your work! I am absolutely floored by the response to this CAL. We have friends from all over the world joining in. It feels so good that we have all come together to craft and share our talents! I hope you have found some new accounts to follow as well as made some new crochet friends.

Before you get started, make sure you check out the Main Info Page for all of the details!

You also need to finish Part One of the CAL because we use the ears for Part Two.

I do recommend you know basic stitches and terminology before tackling this project. To help you keep track of your rounds, please reference the written pattern below, while working. Pause and replay the video as needed.

I have created some transparent stickers for you to use in your IG stories during the Apricot & Jelly CAL. This is a direct link to my Drive where you can save the photos to your device and follow the included instructions. Depending on your country, you might not be able to access these. If that is the case, send me a message and I will give you direct access.

Please see Main CAL Page and Part One for list of abbreviations, notes and materials.

Reference the written pattern below, while working. Remember to pause and replay the video as needed. The video is here for pattern support!

The snail is made in two parts. Using Stonewashed sport weight and a 2.75mm hook.

Sl st in the next st to FO. Snip yarn and close the hole by weaving tail through the FLO of the remaining sts. Pull to close. Bury ends inside of the shell.

Rnd 2: We will now be working around the tentacles of the snail head, making sure they are on the outside of the work. Only work into the sc from rnd 1 – inc x 5 (10)

Sl st in the next st to FO. Do not stuff the body.

Cut yarn, leaving a long tail for sewing to the shell. Close the hole by weaving the tail through the FLO of the remaining sts. Pull to close.

Using the tail from the body, sew the shell to rnds 6-13 of the body.

The first half of the head has some colorwork. The color (Morganite or Moonstone) is listed before the stitches. Make sure you finish your stitches properly between each color change. Carry the yarn whenever possible. If you are unable to carry the yarn, snip at each color change and tie the ends together on the inside of the head.

Starting with Brown Agate and a 3.25mm hook

Using Morganite from here on

Add the safety eyes between rnds 9&10. Each safety eye will go into the 2nd inc from the Moonstone colorwork. Embroider the white line for the eye detail.

until the last rnd.

Sl st into the next st to FO and cut yarn.

Do not close the hole until after the eye indents have been made.

Repeat on the second eye, and pull tight. Tie yarn together on the inside of the head. Take care not to pull them too close together, as this is just to add a bit of character to the face.

To close the head, weave the tail through FLO of the remaining 6 sts, pulling tight to close. Bury yarn tail in the head.

Use straight pins to keep the pieces in place while you sew.

Sew the ears to the head over rnds 14-16. The bottom of the ears should line up with the top of the safety eyes.

Embroider the eyebrows between rnds 11&12.

View all posts by sarahdeecrochet 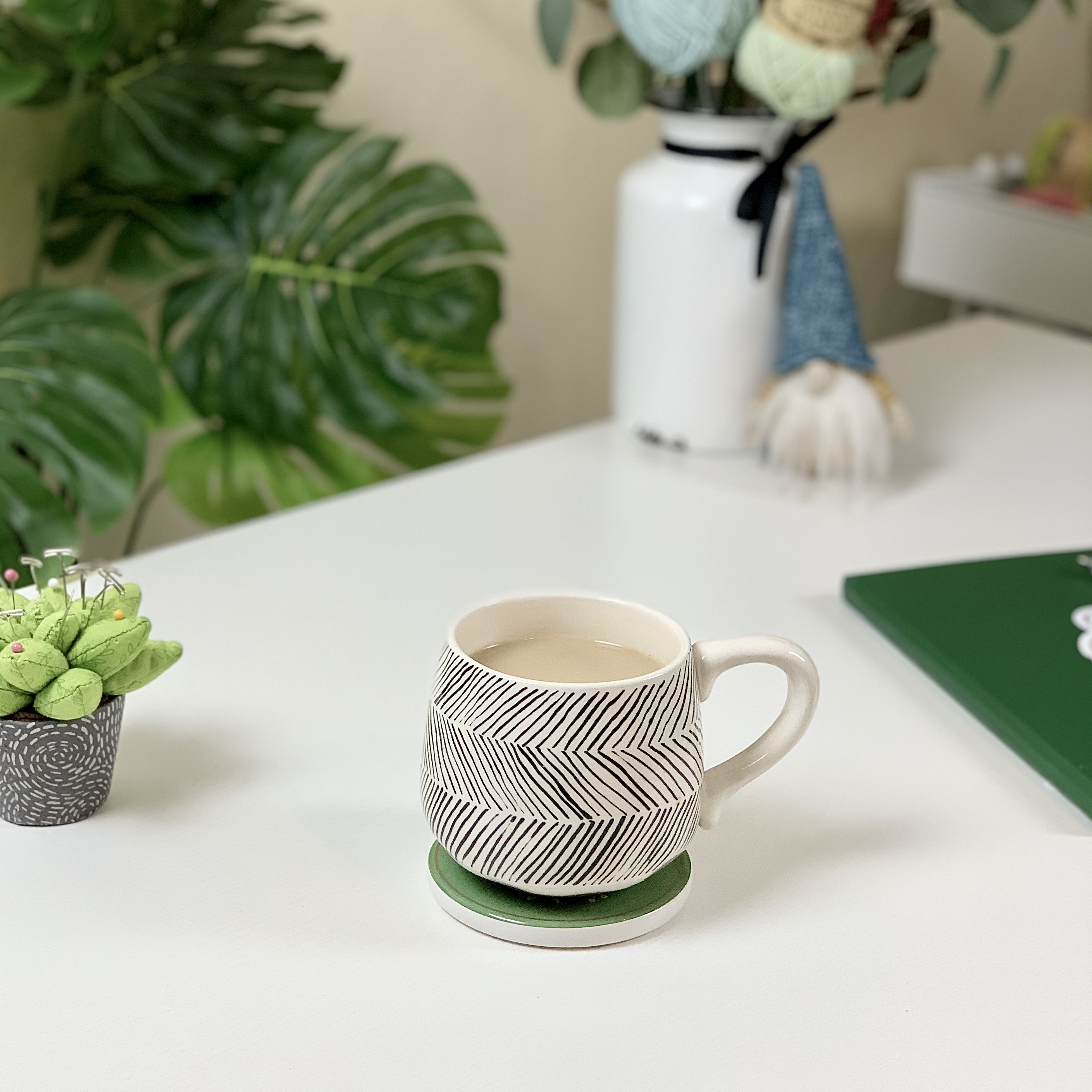 If you would like to support the artist, you can donate $5 to buy me a coffee so I have the fuel I need to create more content!